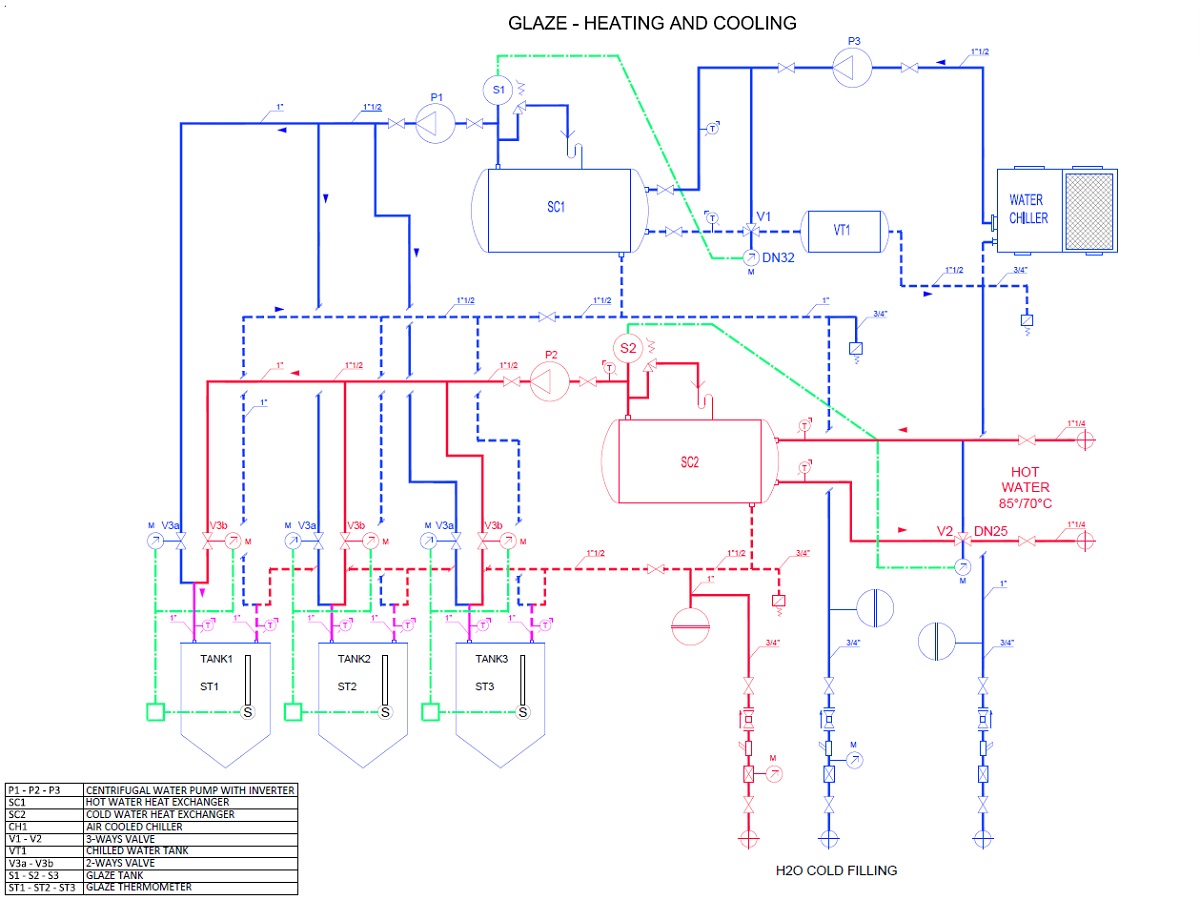 SLIP HEATING
The ceramic slip heating is an important process for the high pressure casting (resin moulds) and even for the plaster mould casting.
In fact by adopting the multi-casting “Spagless” system it is possible to increase the number of castings even increasing the temperature of the slip.

Another important feature is the stability of the temperature independently from the variation of the Macro-climate  (Summer/winter - Day/night) as it is deeply linked toi the values of Thixotropy and viscosity of the ceramic mass.

GLAZE HEATING AND COOLING
The temperature control system adopted for the “GLAZE” is of the same type as per the “SLIP HEATING“, having so the same 4 modalities as described before. For the GLAZE, we have foreseen  one additional control possibility for the two energetic carriers:
1 thermal and 1 cooler.
In fact some manufacturers give high importance to this control for getting a good quality glaze. It is true that working with low temperature (˂20°C) there are two main risks to be considered:
A = a slowed drying of the first layer that can produce drips or other defects.
B = an increase of the viscosity due to the low temperature having an effect of ORANGE PEEL in firing.

On the other side, other risks are faced when working with high temperature (>30°C):
A = The viscosity is reduced by the high temperature with a consequence of drips at the first level or a sticking effect over the firing  supports of the kiln
B = The drying process is accelerated with a risk of morphologic shrinkage or small crakes.